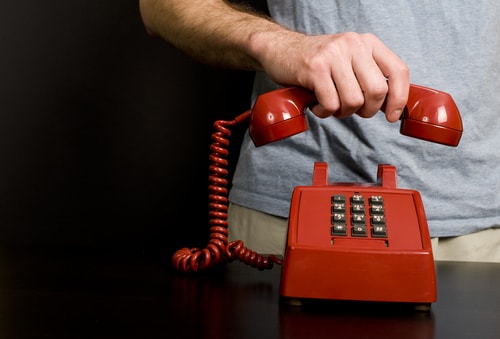 “It feels like a sales video. I don’t feel comfortable promoting it.”

Words no marketer wants to hear about any campaign.

But that’s exactly what I heard on the other end of my iPhone in early June 2017 when Jeff called me.

And I’m so grateful I did. 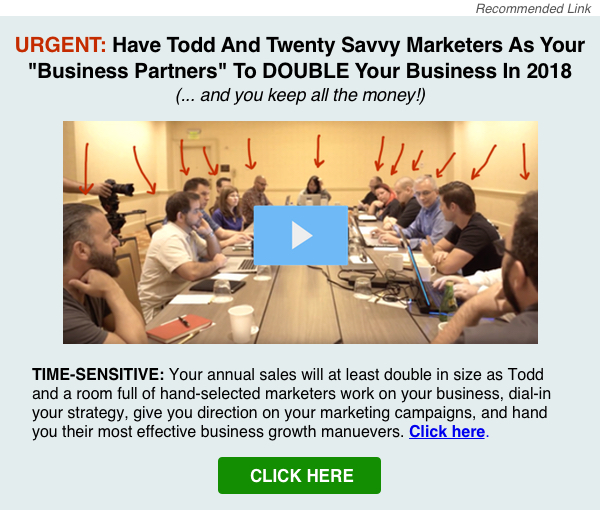 It was the morning of June 20th…

…the day before I was supposed to release the third video of the E5 CAMP Masterclass launch — a marketing campaign I had worked on for months.

Jeff, a long-time marketing buddy, was about to jump-in and begin promoting the campaign to his tribe.

That’s when he called me with the news.

“This is a tough conversation to have. But… the video… well… it feels light on content. It feels more like a sales video. So I don’t feel completely comfortable about promoting it,” Jeff said.

Ugh. I was disappointed.

But, weird thing was… I knew Jeff was right.

Deep down, I felt the same way. I just didn’t want to admit it to myself.

Jeff, knowing how excited I was to have him as a promotional partner, was gracious enough to talk thru other ways he could promote the campaign without promoting video three.

But nothing felt right.

The E5 CAMP Masterclass is my life’s work in direct response marketing. So the idea of moving forward with a sub-par video just didn’t feel right.

“You know what Jeff… I gotta do it,” I said. “I’m going to take the next 24 hours and re-do the entire video from scratch. It’s the only right thing to do. I’ll send you a copy of it tomorrow morning.”

And off I went for what I knew would be a grueling 24 hours.

Stepping-Up When The Situation Calls For It!

The first two videos in the campaign were filmed on location in Tampa, Florida… in a special location… with a full film crew… all live on camera.

There was no way to duplicate that now, though. Not with just 24 hours to go.

So I decided to go with as nice a screen-capture-style video I could muster.

Still, I had to re-write the entire script… record the new audio… create over 200 new slides… and then record and upload the new video. All myself.

And that’s exactly what I did.

And even though it was exhausting, I felt so much better about the quality of the content and the value being given when the new video was done.

So I sent it over to Jeff for his feedback… 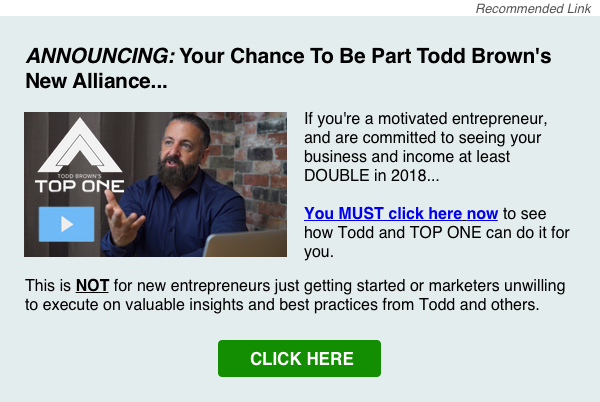 “Soooo much more valuable. Great job, dude. I’m going to get the first promo email out later today for you,” Jeff emailed me back.

And I felt great.

I replaced the original video three in the campaign with the new video. And a couple hours later released it to the public.

Ironically… it turned out to be the most popular of the entire pre-launch series. How bout that!

And, as you may know, when the dust settled about a week later…

The launch of the E5 CAMP Masterclass turned out to be a whopping success. With Jeff being in the top five of all promotional partners.

But, the campaign success wasn’t the most valuable thing gained from what started as a difficult conversation.

I was so grateful for that phone call. Oddly, even during it.

Especially for Jeff’s friendship and willingness to have, what was clearly, a difficult conversation. It was truly priceless.

Without marketing friends and confidantes like that around me — people who have the business acumen and experience, and willingness to be brutally honest and real with me — I would no doubt make a lot more mistakes. And experience a lot less success.

In this case, without Jeff’s input, I would have likely moved forward with the original video. And, likely, wouldn’t have seen nearly the same results in the end.

The whole experience turned out to be one of the biggest reminders for me of why you and I need to be surrounded by smart, experienced entrepreneurs and marketers who care enough to say what needs to be said when it needs to be said.

And it was at that moment I decided I was going to put together a special group of like-minded folks — caring… generous… experienced… and sharp — so others could benefit from experiencing the same kind of support and insight I’ve gotten thru the years.

Fact is: I believe every entrepreneur should have a group of marketing “friends” around them, supporting them, cheering them on.

So I put together the TOP ONE Mastermind™. And the group is off-the-charts!

Our first live, in-person meeting is coming-up in just a couple of weeks.

If you think you can add value to the group, and would like to be supported by a clan of savvy entrepreneurs, you can apply for a spot here.

It’s not for everyone. And it’s not cheap.

But if you recognize the enormous value, I’d love to see if you’re a good fit for the group so we can help you double, triple, even quadruple your business revenues in 2018.

And who knows… you may be on the verge of making your own major mistake we can help you avoid also.

P.S. I know it’s a cliché, but it really is true — business is not a solo sport.

Having the right people around you… supporting you… sharing with you… giving you feedback… is invaluable.

Share Tweet Share Email
Category: Marketing Chops
Disclosure of Material Connection: Some of the links in the post above are “affiliate links.” This means if you click on the link and purchase the item, I will receive an affiliate commission. Regardless, I only recommend products or services I use personally and believe will add value to my readers. I am disclosing this in accordance with the Federal Trade Commission’s 16 CFR, Part 255: “Guides Concerning the Use of Endorsements and Testimonials in Advertising.”