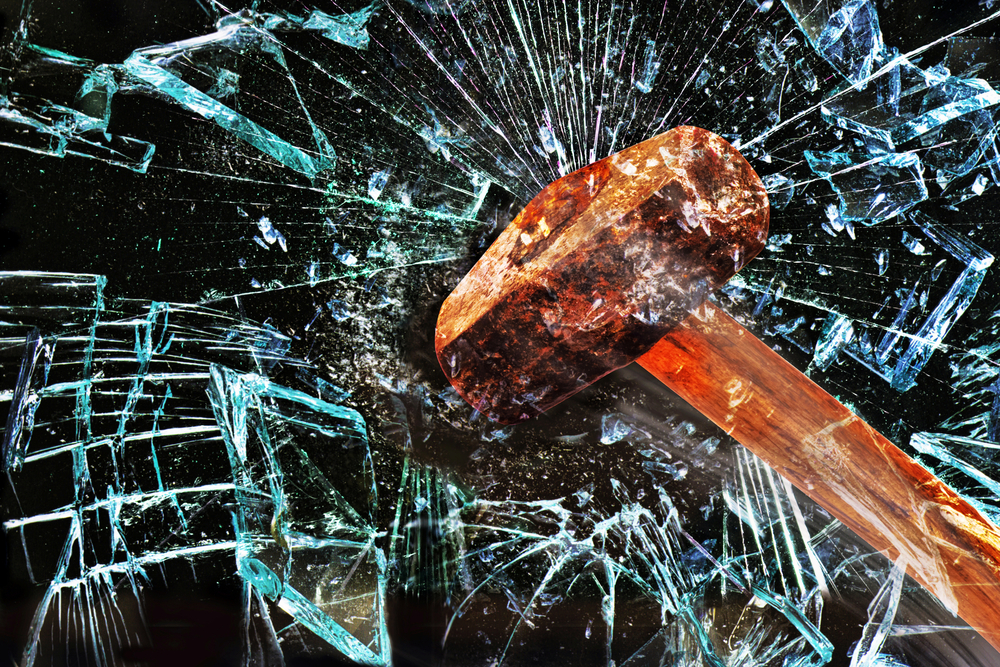 In Part 1 of The Murderer’s Marketing Criteria, we talked about what’s really needed to capture the attention of your prospects in 2018.

You need to hit them on the head with a sledgehammer.

Here in Part 2 I’m going to show you how some of the most successful marketers in the world accomplish that.

These days, you need an idea that can cut through all the noise.

An idea behind your headline.

An idea underneath your marketing campaign.

An idea that appeals to your prospects, both on an intellectual, as well as an emotional level.

An idea underneath your marketing campaign that appears new, unique, and different to your prospects.

You need an idea that feels timely, that feels fresh, and that is instantly understandable.

Those are really the criteria of the Big Marketing Idea.

But a big marketing idea is, not the headline, right?

It’s important for you to understand that. A headline is a group of words, and phrases, a sentence, a statement, a question that expresses the underlying idea.

Your idea can be a plain, vanilla run of the mill idea…

Or it can be a Big Marketing Idea.

That might improve the copy slightly, but the underlying idea is still the same. The idea is the idea.

Before you write a single word of copy, before you think about any piece part of your marketing campaign, you want to first make sure that you’ve identified a big marketing idea.

You want to have a new story, a new angle, something new and interesting to bring to your market.

The days of simply screaming a louder promise are gone…

The days of simply making a bigger claim.

The days of simply using one of those fill in the blank headline templates, or formulas.

Those days are OVER.

If you are motivated, and excited to get big results and grab the attention of a tremendous portion of your marketplace, you’ve got to have something different to say, right?

Differentiation in marketing is critical.

Like my buddy Rick Schefren has said for years…

And so, today what I want you to really think about, what I really want you to understand, is exactly what Kevin Spacey’s character said in the movie Se7en like you saw in the movie clip from Part 1.

That is that you can’t simply tap your prospects on the shoulder and expect to get their attention.

You gotta whack them over the side of the head with a sledgehammer.

You need to repeatedly ask yourself…

“Is this going to whack my prospects on the side of the head?

Is this big enough, and bold enough to stop them dead in their tracks, make them gasp, and spike their blood pressure?”

Because what happens with a lot of entrepreneurs, with a lot of marketers, is they struggle with writing copy, with crafting their marketing message.

Especially when they are starting with a weak, or average, or ho-hum idea.

Because, it’s difficult to make a weak or average idea sound exciting.

It’s a lot more difficult to try to figure out, “How can I wordsmith this average, ordinary, idea to make it sound sexy?”

But when you have a big marketing idea for your particular marketplace, writing the copy becomes so much easier because the idea does the heavy lifting.

When you have a great idea, you can get away with even weak copy.

Because the idea, is what does the heavy lifting.

If you’re ready to master the art of generating Big Marketing Ideas that smack your prospects on the head with a sledgehammer, captivate them, and ultimately get them to whip out your wallet and buy from you, check out the How to Find Your Big Marketing Idea book right here.